The VCU Department of English has just announced the semifinalists for this year's VCU Cabell First Novelist Award:

These 12 books were selected from a group of more than 150 debut novels published in 2015. Volunteer readers from the VCU and wider Richmond communities, including Friends of VCU Libraries members and students from the Appomattox Regional Governor's School, submitted reviews, rating the books for plot, characters, quality of language, and other elements of writing.

The next step in the contest process: The VCU Cabell First Novelist Award committee will discuss the semifinalists and the reviews from the readers and choose three books to pass along to the three official judges. We expect to announce the winner of the award later this summer.

Thanks to everyone who read for the contest this year, and we hope to see you in the fall for the award ceremony. 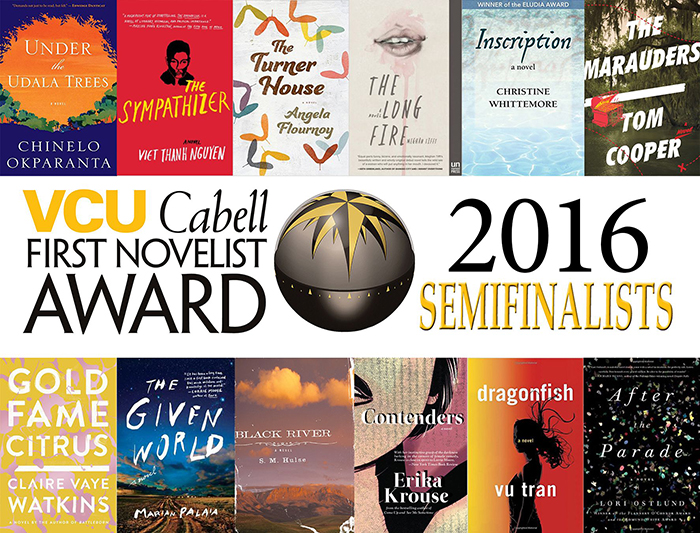