The three finalists for the VCU Cabell First Novelist Award have just been announced:

The winner will be selected from these three books by a panel of judges, including last year's winner, Jade Chang, and the winner will be invited to VCU to give a reading a talk in the fall. Browse past winners.

The award was established in 2002 by faculty in VCU's M.F.A. in Creative Writing Program who had founded VCU's unique, nationally recognized, year-long novel writing workshop. It is intended both to reward excellence and to recognize the creative challenges and business realities of becoming a published author. In 2007, VCU Libraries became a partner, and the name of the award was changed from the First Novelist Award to the VCU Cabell First Novelist Award when the James Branch Cabell Library Associates began contributing generous financial support.

The award is presented on behalf of VCU's M.F.A. in Creative Writing Program. Sponsors include the James Branch Cabell Library Associates, VCU Libraries, the VCU Department of English, Barnes & Noble @ VCU and the VCU College of Humanities and Sciences. 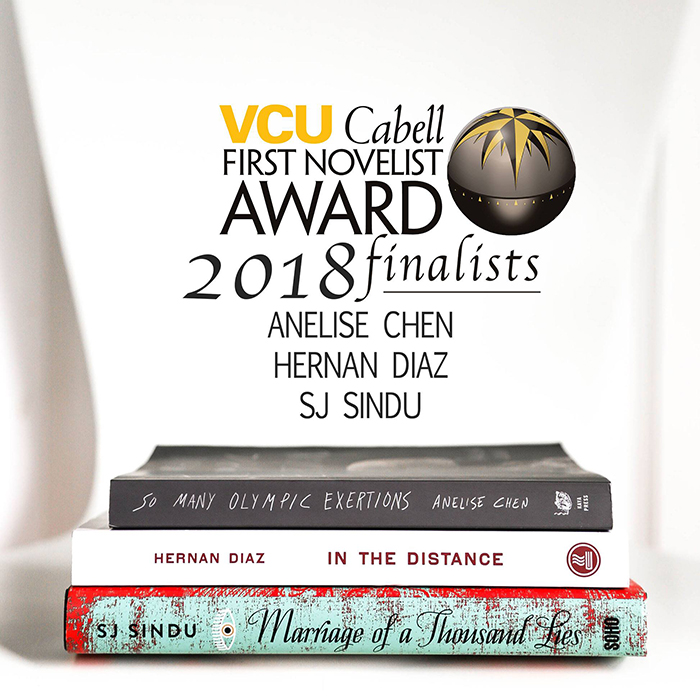