A pioneering virologist with medical and doctoral degrees from the Virginia Commonwealth University School of Medicine has unlocked secrets to a deadly flu virus through plots and twists befitting an Indiana Jones movie.

As a med student in the mid-1980s, Jeffery Taubenberger, M.D., Ph.D. (M.D.’86/M; Ph.D.’87/M) couldn’t have imagined that his chief interest, basic immunology, would catapult him into scientific stardom.

The 1918 Spanish flu epidemic that killed more than 40 million people worldwide was barely a blip in his medical education but turned into a hobby and eventually his life work. Today, Taubenberger serves as deputy chief of the laboratory of infectious diseases at the National Institute of Allergy and Infectious Diseases. He’ll be at VCU Monday, Feb. 19, for VCU Libraries Sanger Series Lecture, l“On the Centenary of the 1918 Flu: Remembering the Past and Planning for the Future.” The event is free and open to all.

The flu pandemic that fascinated Taubenberger led him to crack the 1918 strain’s genetic code and discover why it was so deadly. Mapping the genome unlocked the secret to pathogens responsible for the Spanish virus and revealed key behaviors of strains such as this year’s widespread flu.

After graduation in 1987, Taubenberger completed a pathology residency and worked as a staff pathologist at the National Cancer Institute. In 1993, he joined the Armed Forces Institute of Pathology in Rockville, Maryland. 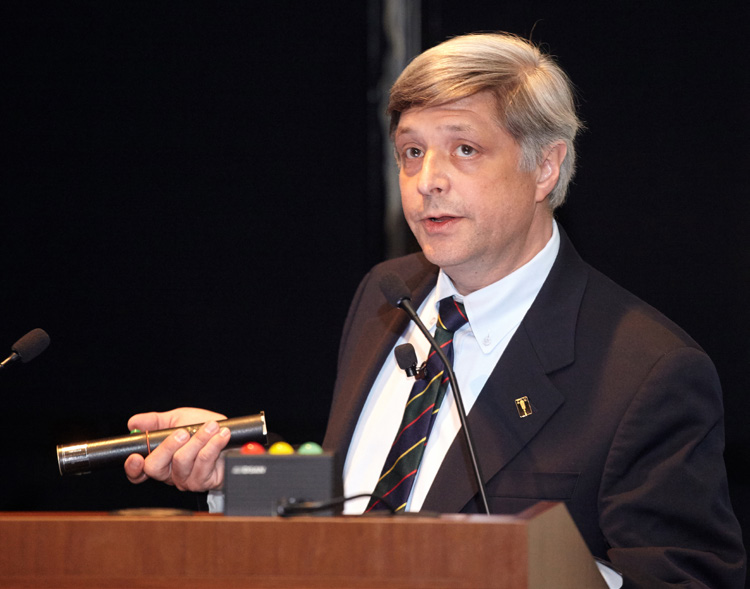 “I set up a new group to use what, at that time in the early ’90s, was really kind of very cutting-edge, ‘Star Trek’-type medicine,” Taubenberger says. The strategy was to use molecular biology tools and new information about DNAmutations to diagnose diseases. “Traditionally, you make a diagnosis by looking at tissues under the microscope,” he says.

Taubenberger and his team worked in a Washington, D.C., building that housed the largest archive of pathology material in the world, which sparked his memory of that passing reference at VCU to the 1918 flu. “I was thinking that if we could find material from people who died of the 1918 flu, perhaps we could apply molecular biology tools to learn something about this huge, really virulent influenza virus,” he says.

After years of painstaking research, the team identified one positive flu case from a soldier who died in South Carolina in 1918. “We had a little tiny bit of lung tissue from that soldier’s autopsy, about the size of a fingernail,” Taubenberger says. It was enough to generate a partial sequence of the virus. The breakthrough was reported in 1997 in the journal Science.

Across the country in San Francisco, a freewheeling adventurer and retired pathologist named Johan Hultin read the Science article and wrote to Taubenberger. Hultin had traveled to Alaska’s Seaward Peninsula twice in the 1950s to extract DNA from flu victims under the permafrost in the village of Brevig Mission. He had tried unsuccessfully to culture the virus.

Hultin told Taubenberger that he could unearth larger samples of the virus. Using $3,200 of his savings, Hultin returned to the Seward Peninsula, where he exhumed and autopsied a flu victim nicknamed “Lucy.” He shipped her lung tissue to Taubenberger’s lab. The material tested positive for the virus.

Taubenberger used Lucy’s tissue and fragments from autopsies of other victims worldwide to sequence the entire genome of the virus. Using molecular biology techniques, a multi-institutional project was able to produce infectious copies of the deadly virus by 2005. Virologists hailed it as a lifesaving discovery, the largest-ever breakthrough in flu research.

“We’ve learned a lot,” Taubenberger says. “The concern that I have is that something like this could happen again. We would hope, obviously, that it never would, but we are concerned; therefore, what could we do to try to prevent that?”

Vaccination is the answer, he adds. But flu shots have proven to be only partially effective because “influenza is never standing still,” Taubenberger says. That’s what makes flu such a frustrating public health challenge.

“The reason the vaccine has to be remade every year is to try to keep up with this really rapid mutation of the virus,” he says. “It would be bad enough if it were just a human virus, but influenza viruses are present in hundreds of species of animals, including wild birds, domestic birds, pigs … and they have the ability to jump from one species to another.”

In recent years, his lab has pushed to develop a universal flu vaccine that would protect against all strains.

“This is a pretty tall order, but our hope is to develop a vaccine that would prevent the serious complications of influenza so that if you were exposed to a virus like 1918, perhaps you would feel ill for a couple of days but you would not develop pneumonia or need to be hospitalized. That’s the goal we would like to pursue,” Taubenberger says. “And having worked on the 1918 virus has really given us insights into how we could perhaps do that. We hope to have some of our initial candidate vaccines in clinical trials by next year, so we’re excited about that.”

A version of this article by Julie Young of Development and Alumni Relations was published in alumni publications.