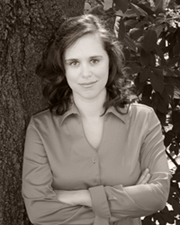 The VCU Department of English has just announced that the winner of this year's VCU Cabell First Novelist Award is Helene Wecker for The Golem and the Jinni, published by HarperCollins. The novel is a historical fantasy set in turn-of-the-century New York City, charting the unlikely friendship and romance between two mythical characters. The unique premise and evocative writing have won the novel a place on the New York Times list of bestelling books, as well as entensive critical praise. Library Journal describes the book as "original and fresh...a fascinating blend of historical fiction and Jewish and Arab folklore." Entertainment Weekly calls it "an intoxicating fusion of fantasy and historical fiction...Wecker's storytelling skills dazzle...The book's magic, filtered through the old-time hustle and bustle of the Lower East Side, lingers long after the final page." To learn more about the book and to reach an excerpt, see the author's official website. And be sure to check out the animated trailer on the HarperCollins YouTube channel.

Helene Wecker will come to the VCU Monroe Park campus in the fall for the annual award night featuring a reading, an enlightening conversation on the writing of the book and its preparation for publication and a book sale and signing. Be on the lookout for details.

To learn more about the VCU Cabell First Novelist Award, including its history and past winners, see the official website.